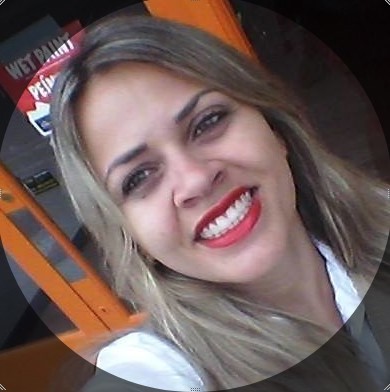 Msc. Daniele Araujo Pereira is a Student PHD in a University of SÃ£o Paulo, Brazil, her expertise in health of swine. She works with laboratory Techniques as Molecular Biologic and immunodiagnostic for swine diseases, especially RNA and virus (Pestivirus). She is graduated in Veterinary Medicine in 2009. She received a scholarship of FAPESP (Brazilian Founding: process: 2015/08531-0). She has over 9 publications and has been serving as member of Suinesp (Group of studies in swines).

Bovine viral diarrhea virus (BVDV) is genetically and serologically related to other members of the genus Pestivirus, such as classical swine fever virus, and may cause reproductive problems, but there is still a lack of research to clarify the pathogenicity in different gestational periods of sows and consequences in newborn piglets. The objective this work were analysis of the effect of bovine viral diarrhea virus infection in gestation and in swine neonates. Twelve pregnant sows divided into five groups were used, which were inoculated experimentally with the BVDV-2 strain, one group with 30 days before insemination (G0) and three groups during gestation, first (G1), second (G2 ) and last third (G3) and the fifth control group (G4). Samples of blood, serum and nasal swabs were collected every three days from the day of inoculation through the farrowing. On the day of delivery, half of the newborns were euthanized to obtain blood and organ samples at necropsy. The collected samples were analyzed by means of the virus neutralization, real time RT-PCR, blood count and histopathology. The RT-qPCR was performed using the TaqMan system, Thermofisherâ„¢ - VetMAXâ„¢- Gold BVDV Detection Kit commercial kit. Serially dilutions of (VS253) diluted 100 a 107 to detection limit of RT-qPCR. All sows seroconverted during the gestational period, except the control group and BVDV-2 was detected in blood and nasal swabs in G0, G1, G2 and G3 sows with a Ct <36, the viremia was detected from day 3 post infection (dpi) through 12 dpi and viral shedding was detected from 6dpi through 23 dpi, and the piglets developed gliosis. G1 sows presented thrombocytopenia at day 36 after inoculation. The dynamics of BVDV-2 infection in pigs was clarified, such as the serological and viremic profile, shedding phase and clinical characteristics, however, transplacental virus transmission was not detected. Peoples Friendship University of Russia (RUDN University), Russia
THE ROLE OF POLYAMINES AS THE ONCOMARKERS IN THE BLOOD

Christina Sungrapova is graduate student of the Department of Biochemistry of the Medical Institute, RUDN University.

The content of polyamines in the blood is of interest not only to researchers but also to practicing physicians. The levels of polyamines in the blood were examined as nonspecific cancer markers. However, like most other putative biochemical markers, they did not go into clinical practice because there was no simple, commercially available, low-cost, effective method for determining these compounds in the blood. Most of the methods currently used for the analysis of polyamines have different sensitivity and accuracy, require expensive and complex equipment.